Draw a circle and divide the circumference into and even number of equally spaced points.  In this example I have used 44:

Draw following chords between numbers in such a way that when viewed as a sequemce, the second point of each pair moves twice as fast around the circle.:

and on completion, sketch the curve which owns each of the chords as a tangent:

t-Formulae are used in integration to tackle rational expressions of tigonometric functions.  After a spell in the cold, when they were not included in some A level specifications, they are now back in sixth form lessons.

It all starts with the subsitution,

from which the following functions can be derived,

These derivations can be made using compound trigonmetry fomulae.  Alternatively, there is an engaging co-ordinate geometry derivation which has the merits of doubling up as an algebraic parametrisation of the circle.

Start with the following figure:

Euclid tells us that the angle subtended by the chord

at the centre is twice the angle subtended at the circumference.  The

-axis providing a line of symmetry, gives the relationship between the angles

and creating a line,

gives intersections with the

-axis and the circle at

can then be found by solving the simulataneous equations:

leads to the quadratic,

giving the other root, and

gives the co-ordinates of

.  When viewed as two altenative parameterisations of the unit circle, the derivation of the

has been defined as the ratio circumference to diameter, the area of a circle must be

A proof relies on an infinite, limiting process which paves the way to some calculus-like ideas.

A circle is cut up into 6 sectors which are then rearranged into a near rectangle,

What doesn’t look too close to a rectangle at 6 sectors looks better at 26:

As the number of sectors becomes very big the shape becomes indistinguishable from a rectangle and the argument is complete.

I think that Archimedes used such arguments, or, proof by exhaustion, in some of his solid geometry work.

There’s always space on the inter-web for another proof of Pythagoras’s Theorem.  Here’s one that uses the following equal areas property of parallelograms.

This kind of area chopping and shape translation is a feature of Euclidean geometry and our senses support it’s veracity at the order of size of the classroom.

The squares on the sides of a right-angle triangle set up a system of parallel lines which can then be used to demonstrate the Theorem using the above equal areas property.

The thread does not stop here though.  Taking the parallel line structure which makes this work we get a generalisation of Pythagoras to non-right-angled triangles with the area of the parallelogram on the longest side being the sum of the areas of those constructed on the other two sides.

I wonder if this ancient tale, in which the mathematics of planetary motion some 2000 years prior to it’s application in space travel, is used to signify the presence of intelligent life and therefore hope of salvation has some echo in our modern era.

What obscure and impenetrable modern theorems could be left on a 21st century beach to do the same job?

Ancient theorem of Euclid (Book III, Proposition 31) still a fundamental part of school maths.  The angle in a semi-circle is a right angle.

In the geometry of mariners, where straight lines are Great Circles, the angle sum of a triangle is more than 180 degrees. 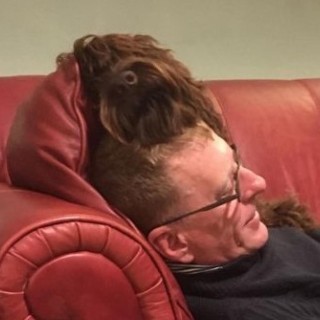